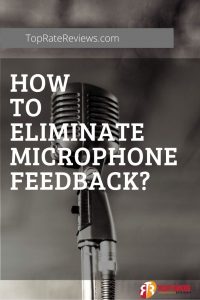 Everyone is familiar with that irritating screech of the microphone that occurs time and again when the mic is on. It occurs due to microphone feedback, which is a positive gain loop between the mic and loudspeaker.

Microphone feedback occurs when the loudspeaker amplifies the microphone signal and then the mic catches that sound from the speaker.

This post provides information on how to eliminate microphone feedback. Try methods described in this post to prevent that irritating screech and keep your audience entertained.

What is Microphone Feedback?

If your loudspeaker is making humming, screeching, or whistling sounds, microphone feedback is responsible. This problem occurs when your mic catches a certain level of sound from the speaker.

Why is there so much feedback on my mic?

It can be an irritating scenario during a show or an event if the feedback occurs repeatedly. You might wonder why there is so much feedback on my mic. You probably know the causes now.

Your microphone is constantly picking up the sound from the loudspeaker and the environment. It is frequently sending re-amplified signals to the speaker and thus the feedback is occurring.

Your mic might be pointed directly towards the loudspeaker if the feedback is occurring consistently. There is no way you can entertain the audience if the mic is consistently screeching. What you can do is point the mic away from the speaker or position speakers away from the mic to prevent this problem.

Many people place the mic too close to the speaker and feedback occurs in this situation. The howling screech of the speaker can be extremely irritating if the volume is up. Learn some easy ways to avoid microphone feedback so that you don’t heart listeners.

Never position the mic in front of the speaker

Microphone feedback becomes a common issue when you place the mic against the speaker. It becomes an unpreventable situation and the output is quite annoying. Whenever you set up your microphones and speakers, their position should be in different directions. If the mic is set in the center of the stage, speakers should be on the corner or away from the stage.

Suppose there are handheld microphones, recommend the performer to never get closer to loudspeakers. Maintain a safe distance from the speaker to prevent distortion and screeching sounds. Popular venues always set up speakers and mic properly to prevent feedback and you should try the same solution.

Do not point the mic towards the monitor

Organizers use monitors on the stage to help performers assess their performance live. These monitors deliver specific audio mixes and their direction is towards the microphone of the performer.

Unfortunately, the microphone is in the same direction where the performer’s ears are and it’s a recipe for mic feedback. If you are facing the same issue during your performances, you should use directional microphones. Pick mics designed specifically to prevent feedback while monitors are delivering the sound output towards the performer.

Reduce the microphone gain and volume

It can be your favorite fix for the microphone feedback issue. You should reduce your mic’s gain and volume in the audio mixer to cut off the feedback. It’s the fastest trick to resolve the issue, especially when you can’t try the previous two solutions.

The effectiveness of this fix depends on your mixing style. Keep manipulating both volume and gain until you get the desired output. Or, you should immediately reduce the volume of the problematic mic to resolve the issue.

Follow this tip if you use a handheld microphone during the performance. Cupping means wrapping fingers around the cushion or grill of the microphone. Many vocalists hold this part of the mic while performing to look cool, but it’s a recipe for microphone feedback.

If you cup the mic consistently, it will make your directional mic an omnidirectional mic. Once that happens, your mic will start picking noises from all directions. It will pick your sound, the feedback monitor’s sound, and also sounds from loudspeakers.

Hold the mic from its middle section to avoid irritating feedback and entertain your audience.

It is a common practice method to reduce microphone feedback. It requires equalizing the sound system to resolve the problem. Once performed perfectly, this method will filter your room’s resonant frequencies to minimize the effects of standing waves on the mic.

You can use more volume and gain if apply this solution to prevent feedback. Professionals try Parametric, Graphic, or Automatic Feedback reducer equalizers to eliminate feedback during the performance. Try one of these three types of equalizers to get the job done!

Keep the microphone near the sound source

The simple way of preventing microphone bleed is by keeping the mic close to the sound source. It offers the necessary isolation to cut excess sounds from entering the mic.

You can deliver a more direct sound into the mic and reduce the gain to deliver a cleaner audio signal. As a result, the speaker will release only the intended sound and no distorted noises. This close-miking method also takes the performer away from the speaker. It helps in improving performance and reducing the risk of microphone feedback.

This method is similar to using the equalization method. You can greatly reduce the risk of feedback when using a high-pass filter microphone. Suppose your mics are not shock-mounted and placed around a bass-heavy area near the stage, you must use a high-pass filter.

The high-pass filter prevents sending unintended sounds into the speaker. Only the performer’s voice gets out through the mic and thus microphone feedback doesn’t occur. Check detailed high-pass filter methods online and then try this trick to avoid feedback.

You should not place the mic on a vibrating body if you want to avoid microphone feedback. Sound also travels through the venue, the stage, along with air. Your mic can catch sounds from everywhere and then the mic feedback problem can occur. If you manage to keep the mic away from vibrating bodies, you will reduce the risk of microphone feedback!

Use stands designed specifically to keep the mic isolated. Several mics come with shock-mounted cartridges or capsules to prevent feedback. It assures an entertaining event and no irritating mic noises.

If you cannot perform without monitors, you should switch to in-ear monitors. Many professional vocalists now use these devices to prevent the feedback problem.

There are earphones designed to fit into the performer’s ears. Professional vocalists and musicians use these earphones to prevent unwanted noises and feedback issues. You should try this new solution while performing to ensure microphone feedback never occurs during your events.

Turn off unnecessary mics on the stage

Open mics frequently deliver signals to the speaker. If there are unnecessary mics open on the stage, the risk of microphone feedback is quite high. Any mic can create feedback and interrupt your performance.

All the mics should be placed away from monitors and loudspeakers. You should turn off unnecessary mics to reduce the chances of mic feedback. Whoever uses the mic, instructs the person to keep its direction away from the speaker. You already know how mic feedback occurs, so position your mics and speakers properly and train performers to use this device properly.

Along with the above-listed methods, you can also acoustically treat the room to prevent feedback and enjoy the performance. Try any suitable solution to ensure your speakers never produce those annoying sounds due to feedback.

How to stop microphone feedback on the computer?

The problem can also occur when your computer’s audio output is near the audio input source. It is the recipe for feedback and you should prevent it at all costs! Avoid buying computers that have both audio input and audio output in the same unit. It will cause sound distortion and annoying noises due to feedback.

Suppose you are using external speakers, keep them directed away from the laptop. Thus, you can prevent microphone feedback on your computer.

Follow tips recommended in this post to prevent that screech. You may not be able to try all the recommended solutions, but most solutions are simple. Position your microphones, speakers, and monitors properly to prevent feeding ambiance noises into the mic. Thus, there won’t be microphone feedback and your audience will enjoy the show.

You may also like: How To Make a Mic Sound Better – 6 Easy Tips & 5 Ways To Improve 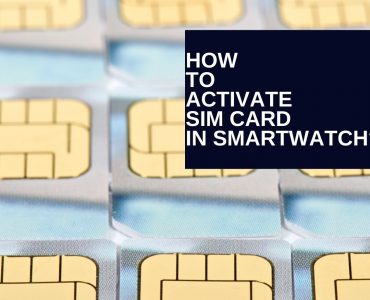 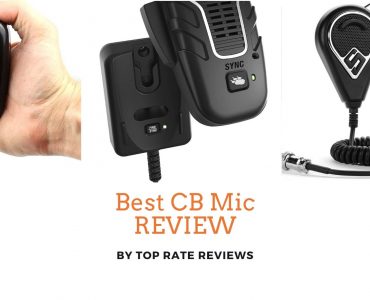 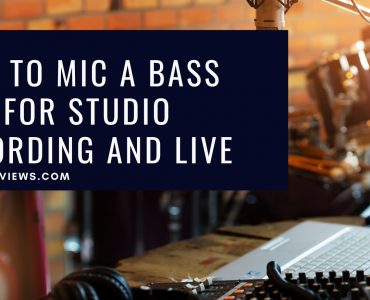